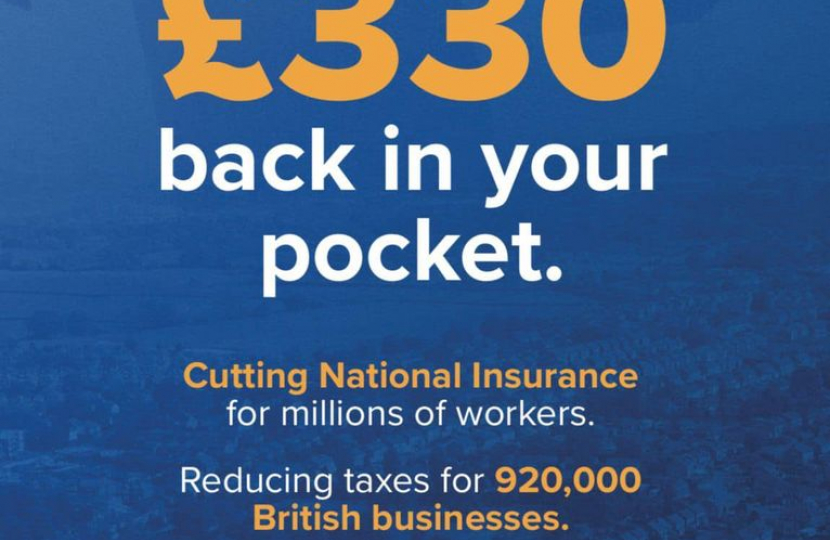 The change will put £330 extra back into the pockets of ordinary workers each year, worth £27.50 per month on the average pay packet.

The cut to national insurance comes into effect on 6th November;

This is in addition to reducing the basic rate of income tax by one per cent – delivering a tax cut for 31 million workers.