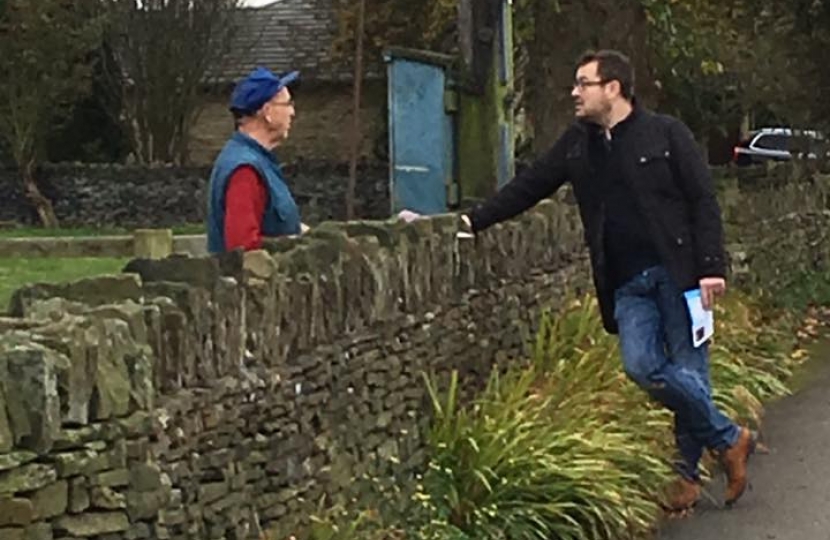 Councillor John Taylor slammed Labour's Local Plan which will be coming to Kirklees Council for approval at the end of February. The plan will see 30,000 additional new homes built with the amjority of them being in the Dewsbury/Mirfield/Bradley triange which will add huge pressure to the existing road network which struggles to cope and will add new concerns about air quality and journey to work times.

Cllr Taylor said: " Whilst Labour's Local Plan may have passed the criteria set by Planning Legislation, I do not feel it meets the needs of local people as shown in the many representations from different groups. Whilst a balanced plan is needed, this isn't it. This is a one eyed plan: Labour have missed the opportunity to set out a clear vision for Kirklees and take advantage of it's position at the heart of the Northern Powerhouse, equidistant from the cities of Leeds, Manchester & Sheffield.

Instead, their lack of ambition and vision sees Northern Kirklees treated as little more than a domitory for Leeds with the increased pressure on already congested roads and inadequate infrastructure and a huge concentration of developments in the top right hand quarter of the borough.  Huddersfield, especially the Southern part and the valleys is completely neglected, starved of investment and no proposals to provide significant employment growth here merely adding yet more commutes and more congestion on a faililng road infrastructure.

When you look at neighbouring boroughs you can see that in the past decade the Labour administrations have had the forseight to bring forward proposals to invest in their districts, where is the evidence of Kirklees Labour's activity? Clearly when it came to investment decisions at West Yorkshire Combined Authority, Kirklees Labour followed Corbyn's line of being present but not involved.  This missing decade, this vacum at the heart of Kirklees Council, can be plainly seen in this local plan and it's failure to promote balanced growth for the district and a distinct identity and future for the borough."