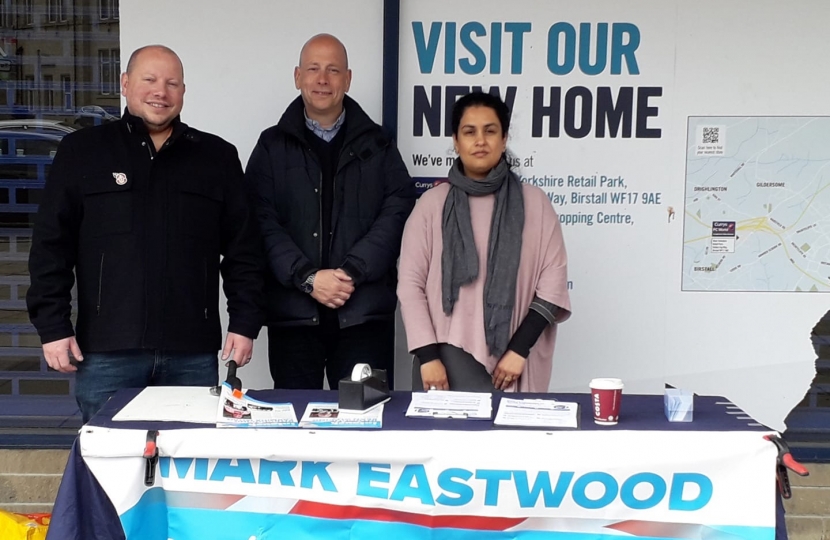 Despite the poor weather parliamentary candidate Mark Eastwood was out in Dewsbury Town Centre today with a simple survey to judge people's views on Brexit now we have a new leader in Boris Johnson who has reaffirmed the commitment to us leaving the EU by 31st October. People were asked to indicate using a ball whether they wished to remain in the EU or leave by placing the ball in a box.

Over 100 residents took part and 78.5% backed leaving the EU. Mark Eastwood commented " This was a lighthearted way to judge local opinion and the result is overwhelming, the people of Dewsbury are backing Brexit & backing Boris to get us out of the EU. Contrast that with the position of the local Labour MP whose Party is committed to a second referendum and campaigning to remain. The Labour Party in Dewsbury is completely out of step with local opinion and it is time for a change."