Cllr John Taylor criticised the West Yorkshire Mayor's pointless zero vision for accidents on our roads and called for action on enforcement by the Police rather than empty rhetoric.

That the only way poor driving behaviours could be realistically tackled is by more enforcement and this was an issue that was raised with him on a weekly basis on the doorstep across the Kirkburton ward.

The Council needs to raise the profile of road safety and policing of speeding with the Police and push them to give this a higher priority than it currently receives.

If we wish to make our roads safer for all users, drivers, cyclists, riders and pedestrians we need to make those who break the law fearful of being caught, it is only the fear of being caught and prosecuted that will see changes in behaviour

You can view the full meeting from 22nd November 2022 on YouTube, https://www.youtube.com/watch?v=tAJ4oYY2wGE 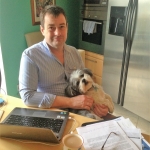 John is a ward councillor for Kirkburton having been elected in May 2015.   John is retired having worked for over 30 years in Retail Banking. He was elected as Deputy Leader of the Conservative Group in May 2017 & has also served as a Parish Councillor for the Village of Shepley for over 11 years.