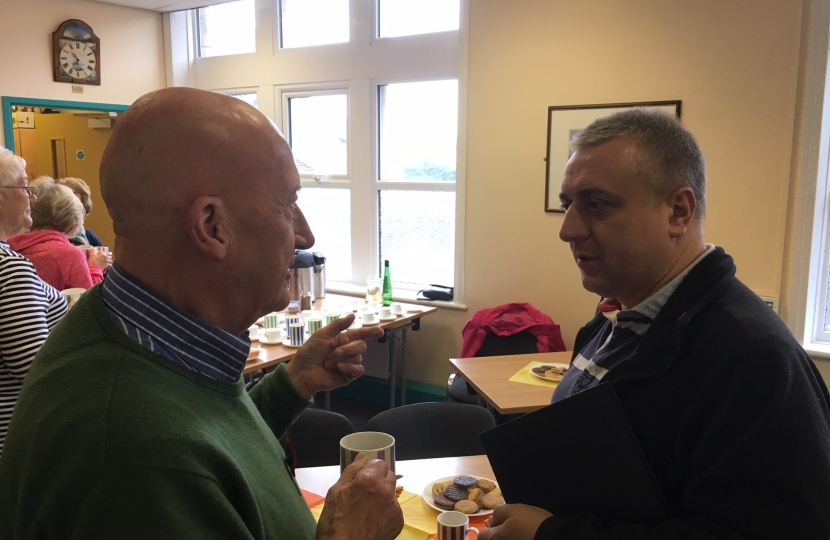 At a series of Selection Meetings earlier this week members selected candidates for a number of wards for the 2019 Local Elections. In Mirfield sitting Councillor Kath Taylor was unanimously adopted and this was also the outcome in Denby Dale where sitting Councillor Michael Watson (seen on the right in photo above) was also adopted unanimously. In Dewsbury well known local campaigner Mark Eastwood was once more adopted as the candidate for Dewsbury East and Sean Guy, who stood for the first time in Dewsbury West in 2018 will be standing again as our candidate in the Dewsbury West ward. Both Mark & Sean were adopted unanimously by local members present.

Although these seats and Kirkburton needs to be rubber stamped by the Asociation Executive, Mark Eastwood said " I am really pleased that we have got candidates in place quickly so that we can start campaigning and pointing out to people the lost opportunities of this Labour run administration. They claim there is no money but underspend by £1.6m & put over £8m into reserves and at the same time we have money wasted like £8,000 on a junction improvement in Batley that had to be removed after a week!"

" The Conservative Party will put forward positive alternatives that will have a real impact on the daily lives of our local residents and start to improve the environment we live in and ensure our taxes are better spent than at present." said Mark Eastwood