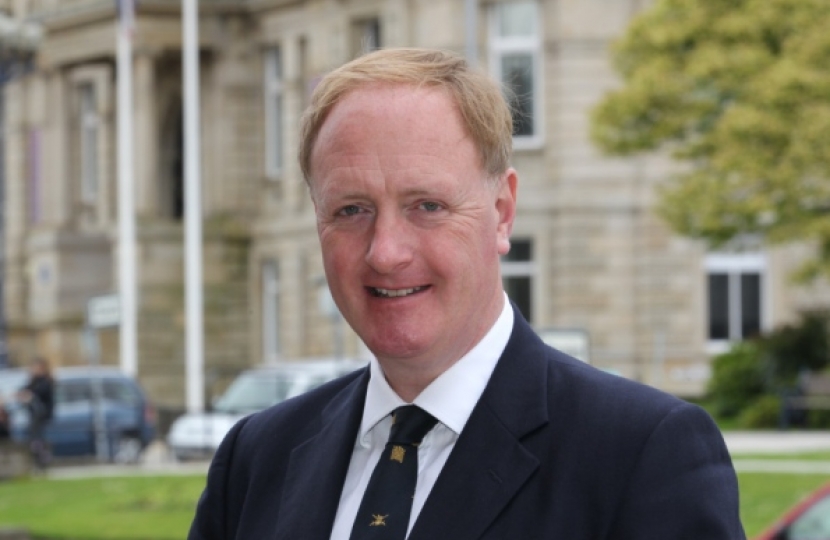 I’M WRITING this having just left the Chamber of the House of Commons where I watched the Chancellor deliver the budget.

It is one of the most important days in Parliament’s calendar because it is the day on which decisions are announced that will impact on the lives of all of us.

That meant that a huge amount of our money went on paying interest to whichever country or organisation had lent to us. We are now moving towards paying our own way.

This will save us billions (in fact it will save the equivalent of £2,000 for every family in Britain). People also paid tax on very low incomes.

This discouraged people from working and so bumped up the benefits bill.

By next year no-one earning less that £10,500 will pay tax. At the same time there will be a maximum amount that any government can spend on benefits. A benefit cap for the country.

There were other announcements that will provide real benefits for pensioners and savers as well as another penny off a pint.

But it was the overall flavour that I thought was important. Independent organisations in this country and abroad all predict growth and jobs for the UK, more so than in any other Western economy. Britain’s debt and borrowing is coming down year after year.

There were also lots of smaller announcements. When I went to visit Mecca Bingo I was asked to support a reduction in tax for bingo. They wanted a reduction from 20% to 15%.

In fact it has come down to 10%. The Chancellor also announced a £200m fund for local authorities for pothole repairs (this is on top of an announcement last month of £6.62million for broadband in West Yorkshire so note to Kirklees – dig up for broadband first and then fill in the potholes, not the other way round!)

Everyone knows about the mess that we were in and who got us there.

Thankfully we are continuing to pull away from those days.

On the day of the budget national unemployment fell by 63,000 (over the last year the figure here has fallen by 692), at the same time the number of new jobs continues to rise.

Some people sat on the green benches and hated all of this. They were the same people who said that a million jobs would be lost and predicted a double-dip recession.

It’s sad in many ways that they would rather have bad news in the hope of political gain than good news for individuals, families and the wider economy.

One person had obviously decided what he was going to shout about and so felt he didn’t have to listen.

The Chancellor announced two new appointments to the Bank of England, the man took a deep breath and shouted: “No women, again”.

There was a pause as those round him pointed out that Nemat Shafik is a woman.

Lots of people like the sound of their own voice but it is always useful to have at least a bit of idea of what you are talking about!