Out on the doorstep in Lower Cumberworth 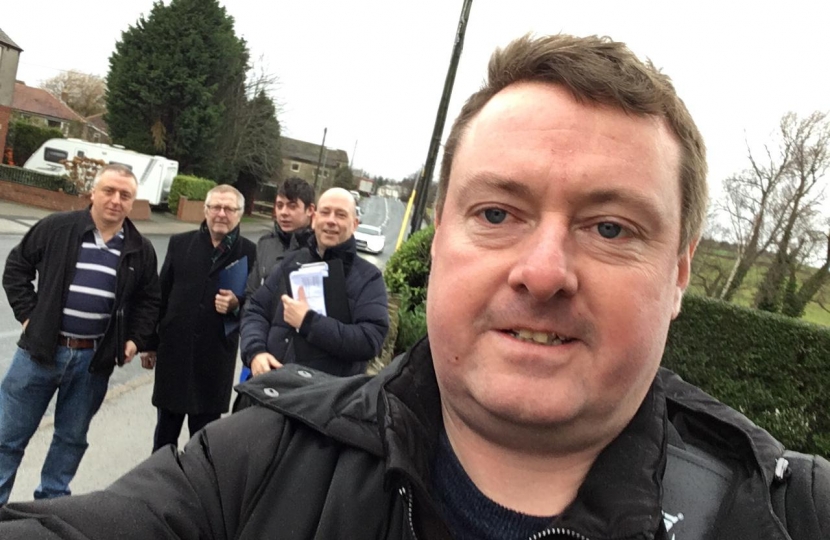 On Saturday 12th January 2019 Mark Eastwood, the parliamentary candidate for the constituency was out on the doorstep, talking to local residents in Lower Cumberworth with hard working local Councillor, Cllr Michael Watson and the team.  There was a number of diferent issues raised including concerns over traffic, speeding, parking and the general state of local roads & pavements.  The potential extension to the quarry at Dearne Grangewas raised as was the lack of affordable houses for sale in the area. Crime and anti social behaviour was another issue along with conerns abour Kirklees Council's poor record on recycling.

Commenting on the feedback Mark Eastwood said, " It is invauable to get out and talk to local people about the concerns that they have, the comments about recycling are well made and timely as it will be a focus of a debate at Kirklees Council this coming week and is an area where the Government has recently produced new proposals to drive up recycling nationally. Crime & anti social behaviour is an issue throughout the constituency and one I am already trying to address with the local Police."