Message from Mayor of Mirfield 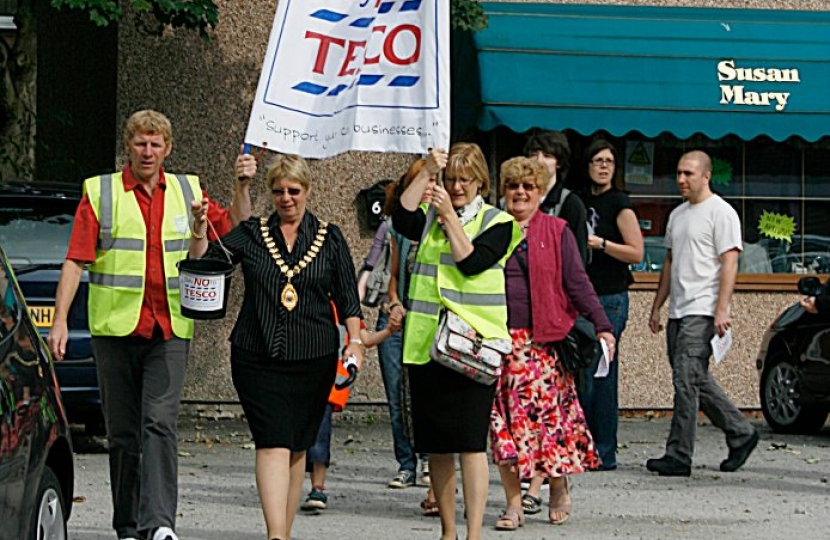 Tesco, Sainsbury, Asda, Black Bull, which is the odd one out?  None, if Tesco gets its way and takes over one of our key historical landmarks to turn into a Tesco Express.  It would appear that this is now happening in historical buildings all over the country and seems to be a new trend with large supermarket chains which raises questions about the ethics of such businesses.  The Black Bull was first mentioned on this site in Pobjoy’s History of Mirfield around 1755.  Tesco opened its first store in 1929 almost 200 years later.  Tesco is, without doubt, proud of its history of development racking up more than £3 billion in profits in 2010. Well Sir Terry Leahy we here in Mirfield are equally proud of our history and would like to keep it that way. We cannot boast such large profits for our shops but we can boast a town with no empty shops on our high street and a town where locals are loyal to our small businesses.  No doubt, the same loyalty that the founder of Tesco, Mr Jack Cohen, found when opening his first grocery stall in 1919.  I wonder if he would have been as successful today were he placed in the same position that his empire places many of our small businesses?

On a different note, well done to all involved in the Mirfield Show, over 14000 people attended and I was able to raise over £2400 with the match funding we got from Barclays.  It was a great start for my charities. A big thank you to the girls from Barclay’s who worked hard all day long and the people from Duke of Edinburgh who did more than their fair share of the work.  We couldn’t have done it without them.