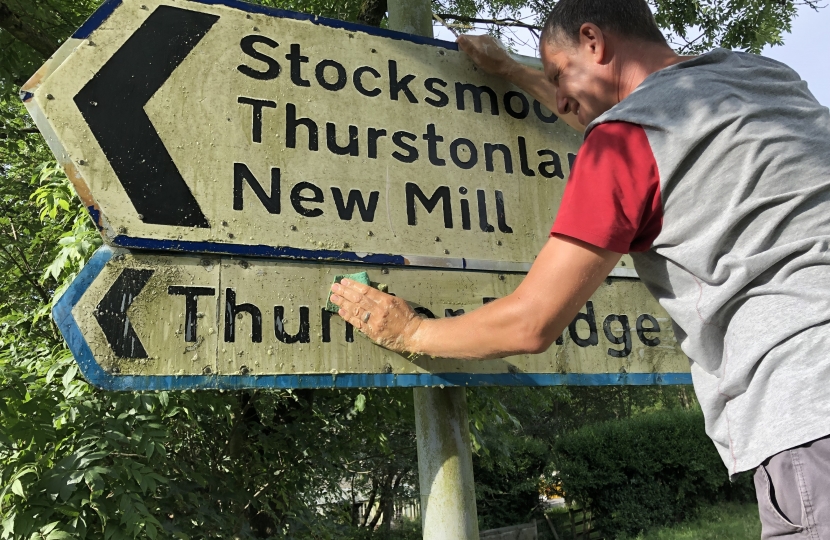 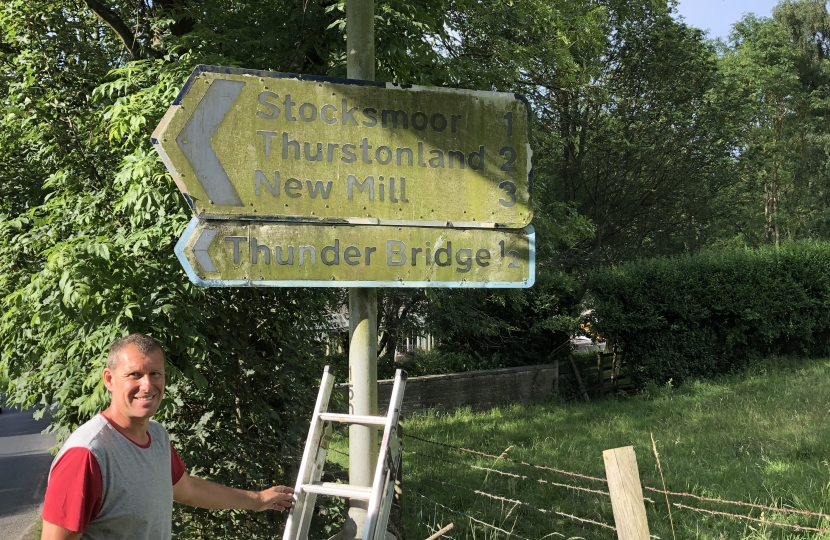 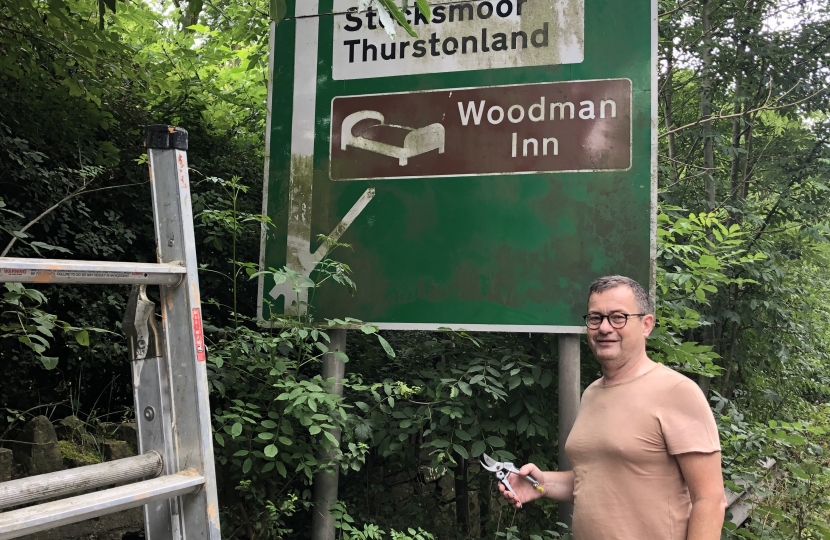 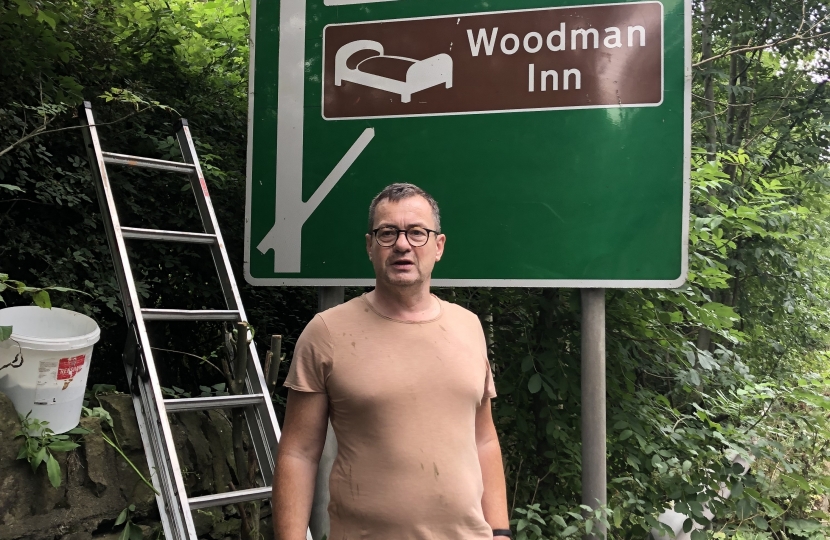 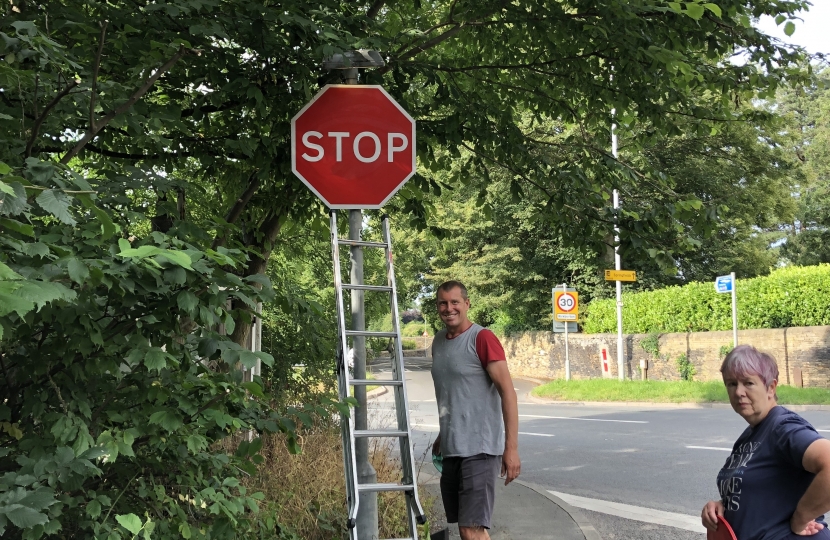 Kirkburton Councillors Richard Smith & John Taylor have continued with their plans to clean up in Kirkburton ward.  "We have been cleaning road signs on A629, the main A road through the ward>" said Cllr Richard Smith, " We intend to continue this until we have cleaned all of the road signs in the ward but given its size and the number of roads it may well take us a while." he said.

"The response from the local public has been really positive." Said Cllr John Taylor, "A number have said that they would like to help so we may do this on a future date, it is amazing what difference just some soapy water makes." he said.