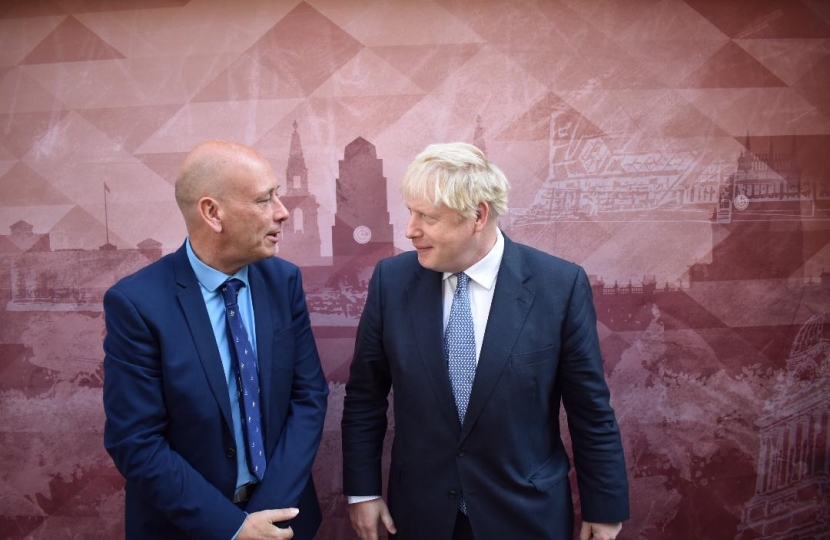 Prime Minister Boris Johnson has been praised by Dewsbury parliamentary candidate Mark Eastwood after discussions between the pair.

Mark met the new Prime Minister in Leeds on Tuesday and talked about a series of issues affecting Dewsbury, including policing and education.

“I was delighted to talk to the Prime Minister and I was pleased at how importantly he regards Dewsbury,” Mark said.

“He knows the importance of returning a Conservative MP for Dewsbury at the next General Election and promised to help me as much as possible.

“I’m sure Boris is the man to take this country forwards and I’m pleased with the plans he has for us all.”

“The Prime Minister has promised an extra 20,000 police officers and I want to see as many of them as possible here in Dewsbury to help cut crime and keep our streets safe,” Mark said.

“I welcome the news of the new police officers and also the latest plans for our education.